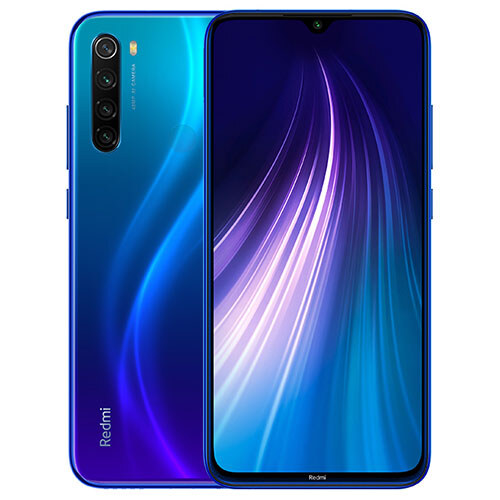 Xiaomi Redmi Note 8 is a mid-range budget device that is officially released in the month of October 2019. This Redmi Note 8 comes with some great features and also its impressive performance.

Before we jump into the full Specs let’s take a look at what key features are included on this REDMI device!

The Xiaomi Redmi Note 8 was first released on 16 October 2019. This smartphone is powered by an Octa-core processor with Qualcomm Snapdragon 665 (11nm) chipset, start with three and four gigabytes of RAM and 32, 64, or 128 gigabytes of internal storage.

The Redmi Note 8 comes with a 6.3-inch IPS LCD display, having a screen resolution of 1080×2340 pixels with a bezel-less waterdrop notch display. This Redmi device is protected by Corning Gorilla Glass 5 and has a pixel density of 409ppi with a 19.5:9 aspect ratio.

The Redmi Note 8 comes with a Quad-Camera setup at the back including a 48-megapixel primary camera, an 8-megapixel ultra wide-angle Camera, a 2-megapixel macro, and a 2-megapixel depth camera with the support of LED flash. Also, the phone sports a 13-megapixel selfie shooter on the front. Among the camera features it supports HDR, Panorama, Phase Detection Autofocus, Face Recognition, and more.

For power consumption, the Redmi Note 8 supports 18W Fast Charging, and the 4,000 mAh battery housed with takes around 2 hours and 15 minutes to fully charge the phone, according to the GSMArena test.

The Xiaomi Redmi Note 8 is now officially available in Bangladesh and here are the details of prices and availability below:

You can purchase this device from the official store of Xiaomi in Bangladesh.

When was the Xiaomi Redmi Note 8 released?

The Xiaomi Redmi Note 8 was officially released on 16 October 2019.

What is the price of Xiaomi Redmi Note 8 in Bangladesh?

The Xiaomi Redmi Note 8 Price in Bangladesh is officially 17,499Tk with 3GB RAM and 32GB of internal storage.