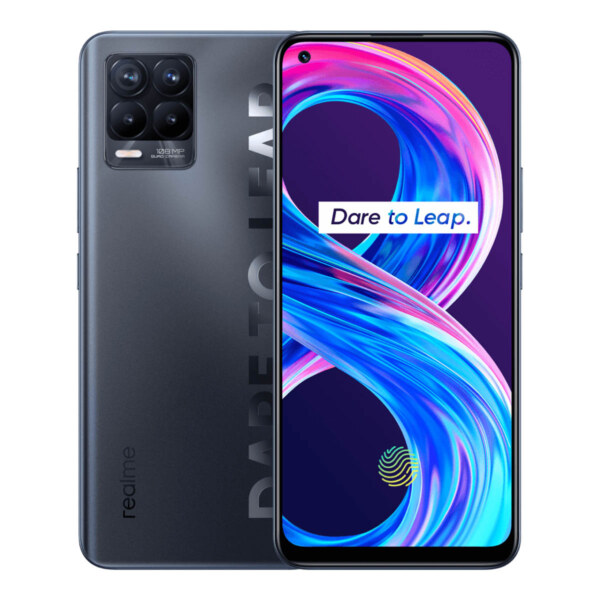 Realme officially released its latest smartphone called the Realme 8 Pro in the month of March 2021. This Realme 8 Pro comes with great features and also its impressive performance.

Before we jump into the full SPECS let’s take a look at what key features are included on this Realme device!

The Realme 8 Pro was first released on 25 March 2021. This smartphone is powered by an octa-core processor with Qualcomm Snapdragon 720G (8nm) chipset, start with six or eight gigabytes of RAM and 128 gigabytes of internal storage.

The Realme 8 Pro comes with a 6.4-inch FHD+ Super AMOLED display, having a screen resolution of 1080×2400 pixels with a bezel-less punch-hole display. This Realme device is protected by Corning Gorilla Glass and a pixel density of 411ppi with a 20:9 aspect ratio.

This Realme 8 Pro also comes with a Quad-Camera system. The main one is a 108-megapixel Wide-Angle Primary Camera, an 8-megapixel Ultra-Wide Angle Camera, a 2-megapixel Macro, and a 2-megapixel Depth Camera with an LED flashlight. Also, the selfie camera is about 16-megapixel (single) with the support of HDR, Panorama features.

For power consumption, the Realme 8 Pro supports 50W SuperDart Charge, and the 4,500mAh battery housed with takes around 47minutes to fully charge the phone.

So, the Realme 8 Pro Price in Bangladesh is officially 27,990Tk with 8GB RAM and 128GB of internal storage. You can buy this smartphone from REALME’s official store in Bangladesh.

When was the Realme 8 Pro released?

What is the price of Realme 8 Pro in Bangladesh?

The Realme 8 Pro Price in Bangladesh is officially 27,990Tk with 8GB RAM and 128GB of internal storage.